Hell Is no Game

We need to be careful of what we consume for entertainment, because evil brings our thoughts and our spirits down. Even passively watching these things can darken our souls.

Today’s topic is video games, and a few issues with those in terms of Christianity. What games are OK for Christians to play? I hope you enjoy the post. Have a good week!

Not long ago I saw a post in a Christian Facebook group. A teenage boy made a post about a new video game that had been released: Doom Eternal. He explained that in this game you kill demons from hell. “Would you consider this a Christian game?” He asked. “Because you’re killing demons.”

The kid seemed disheartened. He got the right answer, but not the answer he wanted to hear. Well we have to always tell the truth even if the other party isn’t pleased by it. This game could never be considered Christian. But besides the violence, there’s so much else that’s unholy about the game.

The plot of this game is full of blasphemies and demonic themes. The story of Doom Eternal is that the earth is being invaded and overrun by demons from hell. The humans are losing and getting slaughtered everywhere. But the game doesn’t only portray hell, it also portrays the forces of “heaven.” But in a blasphemous and demonically-inspired way.

The forces of “heaven” are present in this game, but they are indifferent to what’s happening on the earth. They don’t care about the demon invasion, and are willing to let events play out. As the game goes on, it turns out these aren’t Biblical angels at all—they’re portrayed as some other kind of being. Kind of like aliens. The leader of these “angels” has some agreement with hell to let demons invade and destroy worlds, to harvest souls for energy.

The God of the Bible is nowhere to be seen. God has been replaced in-game by this blasphemous, demonically-inspired nonsense about these ‘angelic’ beings. This whole plot and the entire game are out of line with the Bible. The main character uses demonic powers and technology in pursuit of his goals. The portrayals of angels—starting with them not caring about the demon invasion and then having them turn out to be other-dimensional beings—are demonically-inspired. These blasphemies culminate with the demons invading “heaven,” which is actually a place called “Urdak” in the game.

You see, it’s much worse than only violence and killing. The themes of this game are evil and un-Christian all over. And it’s the themes in video games that we need to watch out for. There are many games out there with evil themes.

You Are what You Consume

We shouldn’t contemplate or be curious about evil. We need to be careful of what we consume for entertainment, because evil brings our thoughts and our spirits down. Even passively watching these things can darken our souls. Even if we only see it for a second, satanic imagery brings our spirit down.

So we should instead consume entertainment that lifts us up and inspires us. We should look for the light, not the dark.

But as for these dark themes to watch out for in video games, here is a quick list. This doesn’t cover everything, because like I said, there are so many games out there with evil themes.

Avoid games with these dark themes:

These five are probably the worst when it comes to un-Christian themes in video games (and other media).

Games about demons and hell should go without saying. These games are filled with satanic imagery and themes, which is not something we should be exposing ourselves to needlessly. The last boss of Doom Eternal is a Baphomet demon, for example. Even if we kill it in game, why would we as Christians consume entertainment with this kind of evil content? It’s simply something we should stay away from.

Not to mention that games like Doom give the wrong idea of spiritual warfare against demons. We don’t fight demons with guns and so on. They don’t have physical bodies that we can shoot! Our weapons are not carnal, but spiritual (2 Corinthians 10:4). That’s a core tenet of spiritual warfare, but video games ignore that with their inaccurate portrayals of shooting demons with guns. Demons don’t have bodies to shoot! And if they’re inside somebody, we have to deliver them, not harm them.

(4) Our weapons that we fight with aren’t human, but instead they are powered by God for the destruction of fortresses. They destroy arguments, (5) and every defense that is raised up to oppose the knowledge of God. They capture every thought to make it obedient to Christ.

Next up are games about magic, spells, summoning, spirit mediums and channeling, and so on. All these things are forbidden by God in Deuteronomy 18:10-12. They are abominations unto the LORD, so we shouldn’t consume content about them if we can avoid it. Especially since much of the content casts these in a positive or interesting light. What they don’t show is the part where magic-users are damned to hell.

Next is witchcraft. Witchcraft comes in many forms and can be subliminal. Even contemplating it is not a good thing. Witchcraft is to be avoided entirely to the best of our ability. Games revolving around witchcraft are a definite “No.” Especially since many of these video games portray witchcraft in a positive way. No good can come from using arts that work by the power of Satan.

Next up are zombies, vampires, werewolves, and other supernatural creatures. These are dark things, abominations unto the LORD, especially the undead. They’re usually portrayed in fiction as being especially weak and vulnerable to the LORD’s power—this is because they’re anathema to God. The dead should rest until the final judgment, any other situation is against God’s order. So games with undead themes—and there are a ton of these games—are best avoided.

Last up is “regular” killing and violence. Murder is a mortal sin, one of the very worst. Almost every video game seems to involve killing though. But some games are much worse than others. The very worst of all would be games like GTA, where it’s possible to go on rampages of gratuitous, pointless murder. Murder is never something that should be glamorized, normalized, or enjoyed. These games aren’t Christian.

Going back to the topic of witchcraft for a second, there’s one quick note I want to make about video games and witchcraft.

It can become witchcraft. The devil is always out there, roaming like a lion, looking for victims (1 Peter 5:8). He knows us intimately, and he knows exactly how to “bait the hook” that traps us in sin. If he sees that we could get addicted by a game, he will try his best to trip us up with an addiction to the game. He would do this knowing that the game would then become more important to us than other responsibilities, including our Christian responsibilities. Our lives, relationships, and faith would suffer.

Satan seeks to trip us up any way he can. He knows how to bait our unique hook with the exact sins we find most tempting. So would he operate through video games to trap us in sins? Of course he would, if we were vulnerable to that angle of attack. He’s a crafty foe who will use any weapon at his disposal to destroy us.

(8) Be alert and of sober mind. Your enemy the devil prowls around like a roaring lion looking for someone to devour.

What Are some Christian Games then?

I wrote a post on my Medium account entitled, “Does God Play Games?” In it I explained that throughout history, every culture and nation around the world has had toys, music, and games.

If all peoples around the world had toys, music, and games, then these things must have some value to God. Otherwise He would punish people for them. We were all created in God’s image, so games must stimulate some aspect that God has too. God probably enjoys our games. He probably enjoys some of our video games too. Our desire, even need, for some entertainment is not necessarily sinful. At least it doesn’t have to be if we make a habit of consuming wholesome content. Our desire to be entertained must reflect some aspect of God.

It’s not video games themselves that are the problem. The medium isn’t evil, demonic, un-Christian, or anti-Christian. But the content and themes game developers choose to put in their games can be.

So what counts as a Christian game? Well that would be something specific, and it’s not something we see much on the market. A Christian game would either be a game set in the Old or New Testaments, staying faithful to the events as described, or it could be a game about Christianity. A game about characters living Christian lives, and the challenges they have to overcome. I can’t think of any Christian game off the top of my head, because they’re so unknown.

Above, I had a list of dark themes that we should avoid in games. Now I’ll offer a quick list of genres of games that I think are fine for Christians to play.

And that doesn’t cover everything, of course. But this is a brief list of game genres that I think present no problems whatsoever to Christian beliefs.

Sim City and other games like it may not directly involve God, but they don’t contain objectionable un-Christian content either. And the same goes for most other kinds of ‘management’ games.

Sports and puzzle games should be self-explanatory. There’s nothing un-Christian about enjoying such things.

And adventure games can be OK too, but it depends on the themes and content in the game. This genre can include point-and-click adventure games, or other types such as platformers and roguelikes. Again, to judge whether an adventure game is OK or not, you must be aware of what themes are presented in the game and what kind of content it has. Pray on it if you need to, but otherwise use your best judgment.

The desire to enjoy entertainment is not sinful. The various entertainment mediums are not sinful either, and of course this includes video games. But the bottom line is this:

As Christians we must be wary of the themes and content of the entertainment we consume. The devil is always out there, using whatever means he can to darken our spirit and bring us down. Make things harder for him. Consume more wholesome content.

Well that’s all for today. If you enjoyed today’s post, please be sure to Subscribe using the link below. And please consider Supporting My Blog using the Tip Jar. Any amount is much appreciated!

Subscribe to my new Substack newsletter so you never miss any of my posts!
https://999f64.substack.com/ 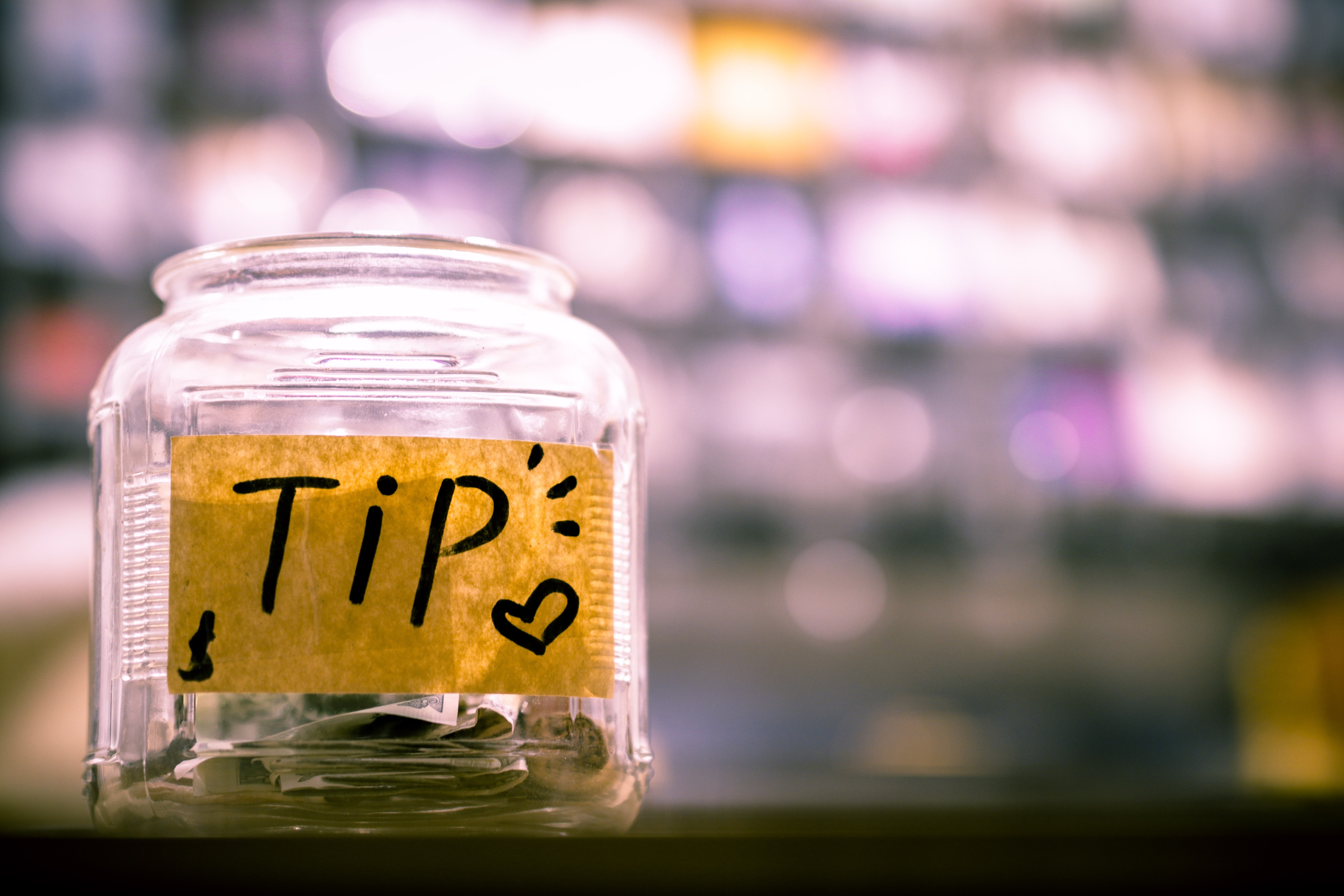 If you enjoyed this article, or any of the content on my site, please consider tossing a dollar in 'the tip jar' by donating here. All donations of any amount are greatly appreciated!! If all you have to give are thoughts and prayers, I will gladly accept those too!! I receive those, don't worry 🙂

3 comments on “Hell Is no Game”